Years 5 and 6 led this year's Act of Remembrance

On Friday the whole school came together for an Act of Remembrance in Uffington Church. We were delighted to welcome parents and friends to this special service, along with members of the Stamford Branch of the British Legion.

The children explained the reasons for marking Remembrance through a series of readings and poetry. Names on the Roll of Honour were read and then the children and members of the British Legion led the Exhortation and two minutes silence as each class laid a hand-made wreath on the memorial.

We mark Remembrance every year but this one was extra special as we remembered that it was 100 years since the Armistice. The poppy waterfall made by Liz Bender with a little help from Year 5, and the British Legion standards and bugler made this an act of Remembrance to really remember. 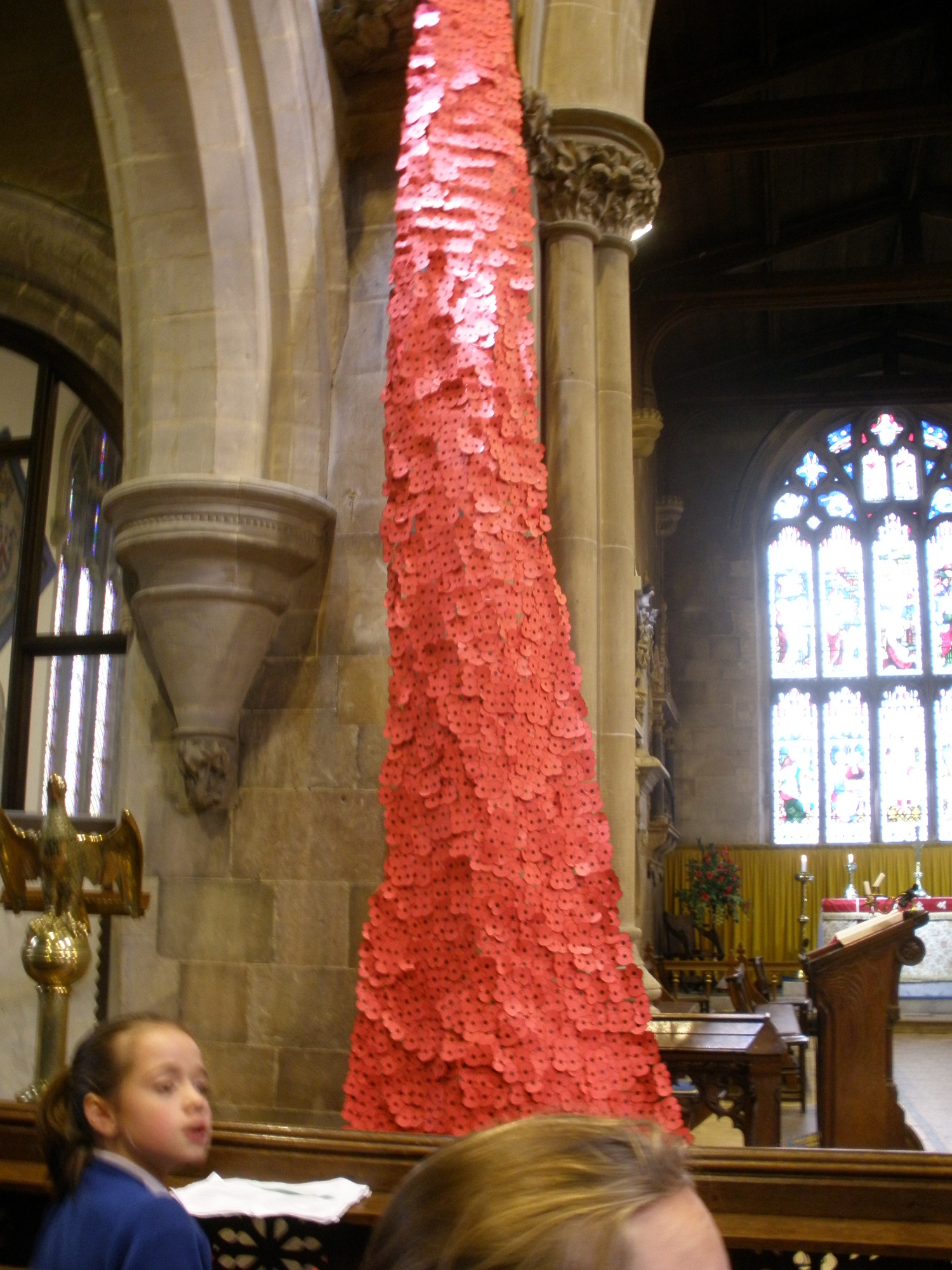